ON 4,000 SQUARE METERS, THE AUSTRIAN ARTIST SETS A MONUMENTAL SIGN AGAINST WAR AND VIOLENCE.

Gottfried Helnwein's Ringturmverhüllung was ceremonially opened on the afternoon of June 22, 2018 in Vienna's Ringturm, in the presence of high-profile guests from politics, business and culture. The Ringturmverhülung 2018 is a 4,000-square-meter work of art that appeals against violence and oppression in the middle of Vienna's city center.The two-part composition by Gottfried Helnwein, which was composed especially for the Ringturmverwüllung, bears the title "I SAW THIS" and is entirely dedicated to the 100th anniversary of the Republic of Austria. On the front of the Ringturm, a girl with blond hair, straightened to the rear, targets the Vienna Danube Canal with a machine gun. On the back of the historic office building, a city is burning brightly before the eyes of an oversized manga figure. In the background, people can be seen in front of a wave of meter-high flames and soot clouds.In the summer of 2018, Gottfried Helnwein's work is a flamboyant appeal against war, child soldiers, oppression, fear and terror. "Through art, everything terrible loses its power. The inescapability of terror is transcended and relativized by aesthetics, "says Helnwein about the subject, which reflects the work" I saw it "- from the series" The Disasters of War "- by the Spanish artist and pioneer of modernism, Francisco de Goya , The Ringturmverhülung 2018 will be on display until mid-September.The concealment of his corporate headquarters, the Vienna Ringturm, is one of many outstanding cultural projects of the Wiener Städtische Versicherungsverein, the main shareholder of the Vienna Insurance Group (VIG). It is one of the largest and most spectacular works of art in urban space and is a widely visible sign of art in public space, which has an effect far beyond Austria's borders. 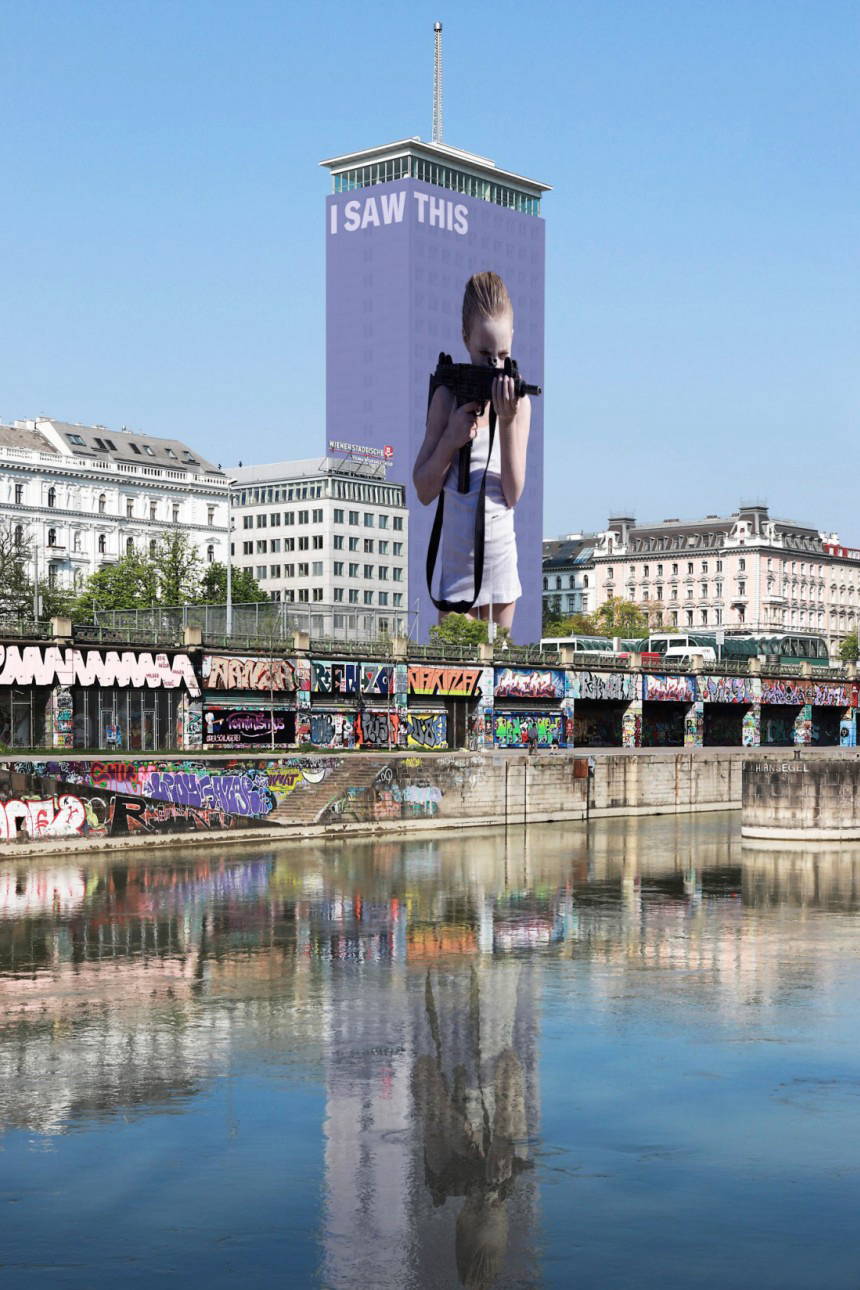 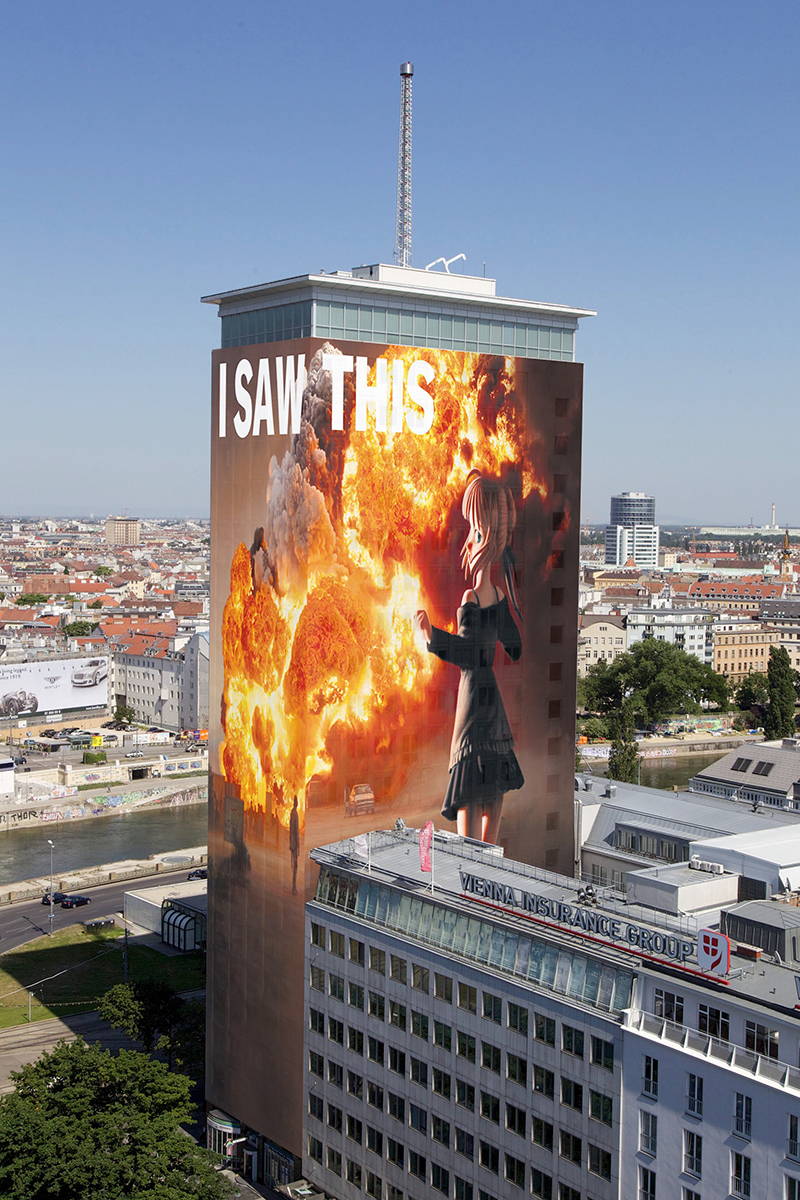